1948, Nike’s exclusive retail gallery space in London was transformed for the Nike Feel London live event to bring to life the “art and science of feeling”. The exhibition introduced the “Nike Free Hyperfeel” shoe. Our highlight of the event was FEEL.TV, an interactive broadcast that allowed the audience at home to leave its mark on the festivities. The experimental feed hosted on Dazed Digital showcased artists and performers from the English National Ballet, the London Contemporary Orchestra, Redlight, the Run Dem Crew and many more. The broadcast drew people together digitally, in-store and at home.

We created the platform to forge the broadcast from live camera feeds, real-time visual effects, social media interaction and the energy of the event space itself. The program could be altered, shaped, distorted even, by hooking into the event’s Twitter stream with a series of keywords. Scan, wave, hyper, glitch … each keyword triggered a real-time special effect. The viewership collaborated on the online live edit, directly interacting with the space itself, creating an ever-changing feedback loop that felt both exhilarating and, more importantly, free. 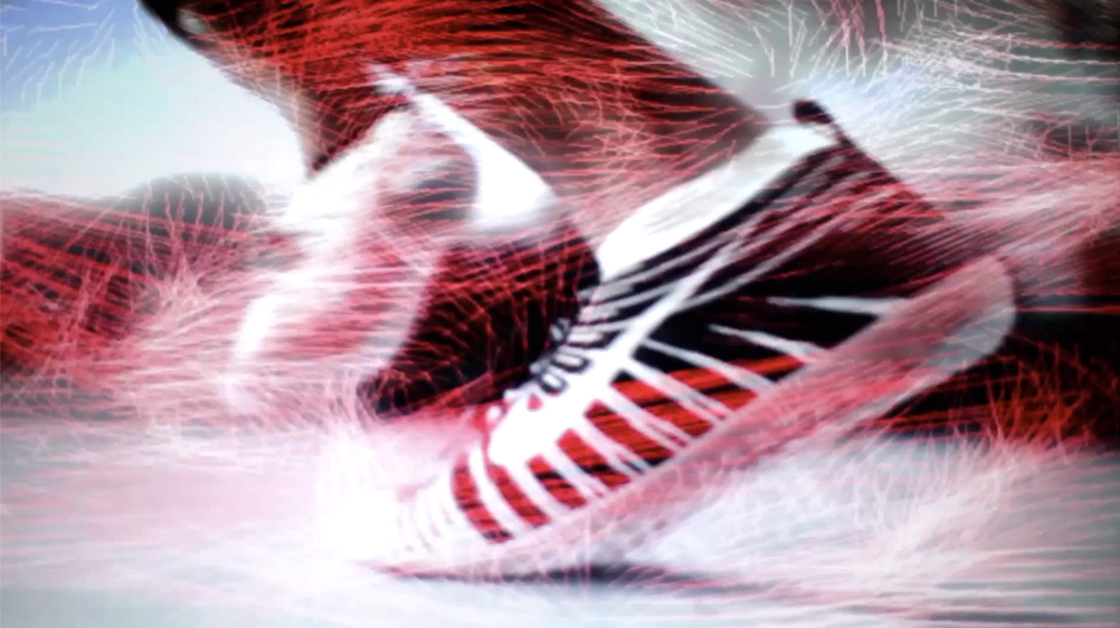 Using mainly custom OpenGL-based shaders, we applied different effects that fed off the real-time keywords from tweets. tweet commands. The underlying broadcast software ingests multiple video streams, mixes them together and allows the director to put up a live-edit mainstream to challenge the audience with. Combinations of real-time farneback optical flow algorithms, computer vision algorithms and physics simulations enabled the user to have a real special effect on the event. 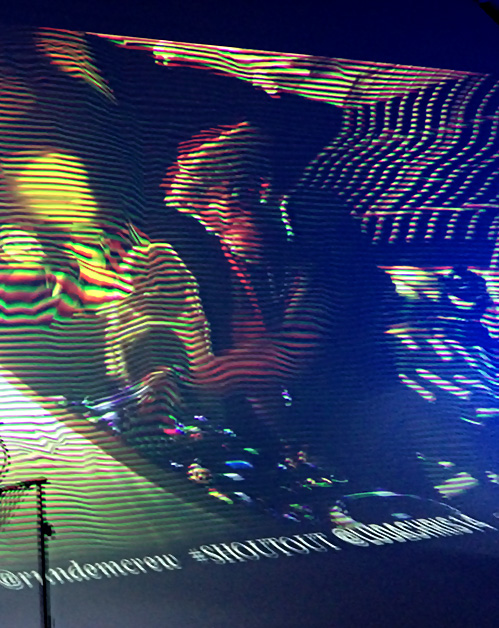 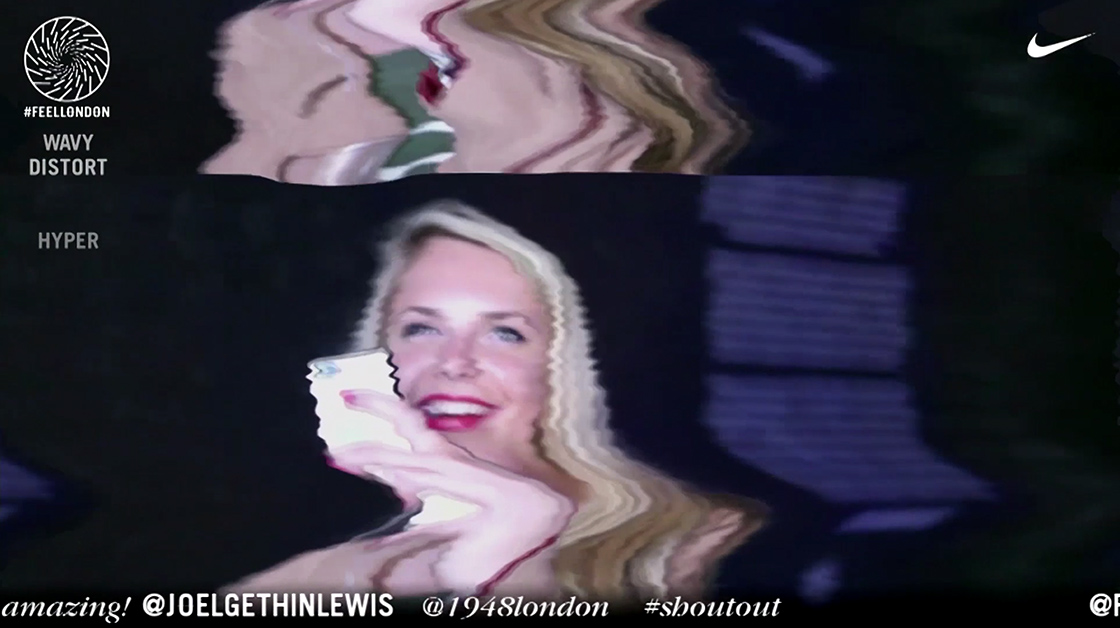